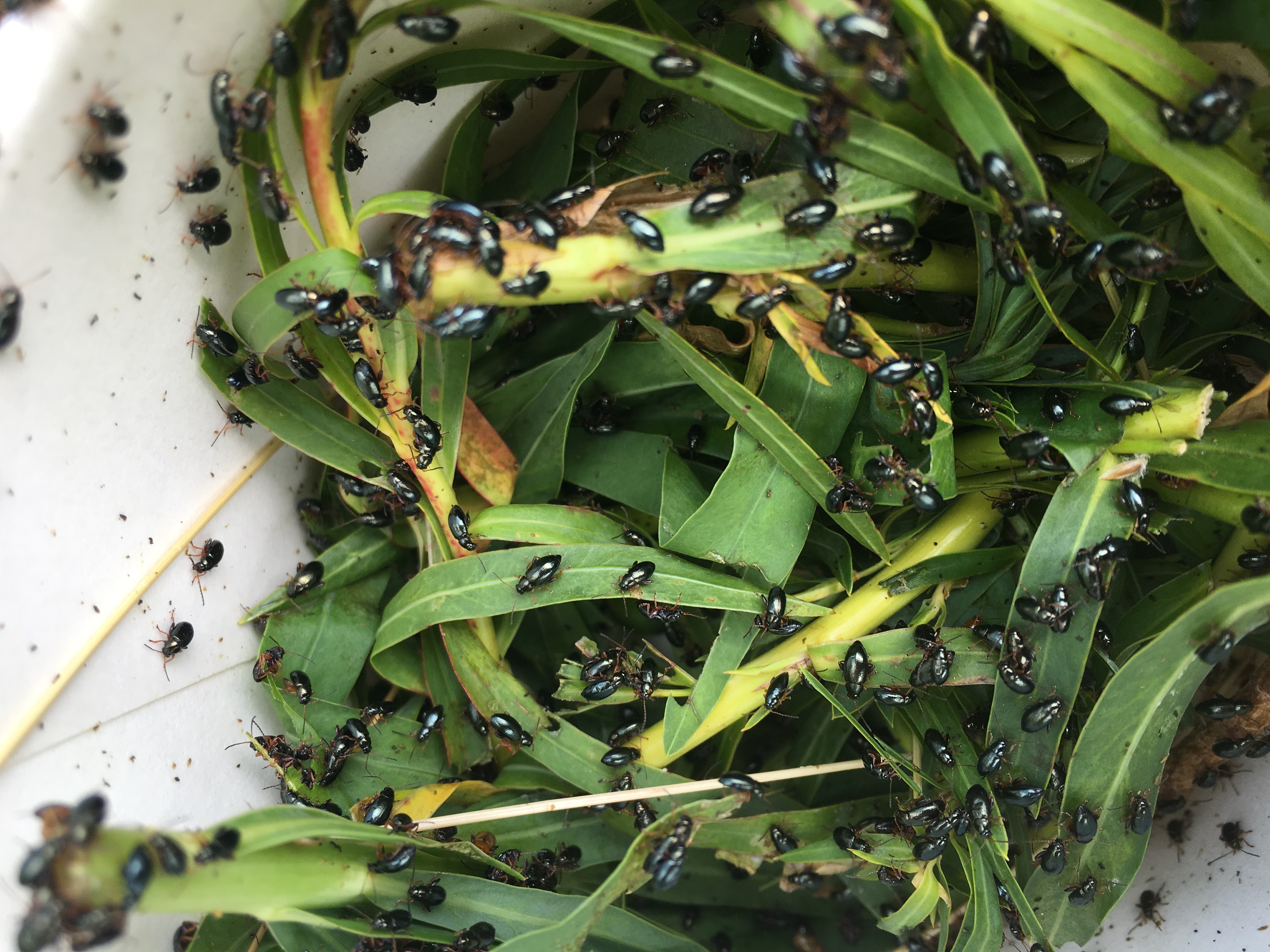 Classical biological weed control, more commonly known as biocontrol, is the deliberate release of specialized natural enemies from the weed’s native range to reduce the weed’s abundance and spread in its introduced range. There are many misconceptions related to biocontrol programs, many of which stem from programs before the 1960s when pre-release testing was not conducted or not as extensive as it is today, and there were fewer regulations around the introduction and release of biocontrol agents.

Misconception: Biocontrol agents are unpredictable in which plant species they target

This misconception likely stemmed from the 1960s release of a thistle head weevil to control invasive thistles in North America. By the 1990s, it was reported that this agent was having adverse impacts on the native thistles that shared a genus with the invasive thistle. Pre-release studies conducted at the time found this to be a likely event; however, because the emphasis was on protecting crop species rather than native species’ health, the releases went ahead despite concerns. Today, with the increased pre-release testing conducted, which involves years of host specificity testing, and extensive review processes, the thistle-head weevil would never be approved for release.

While biocontrol agents can evolve their life cycles to be better suited for their climate, there has never been a genetic shift that has impacted an agent’s preference or performance. Host-specific evolution occurs extremely slowly and, in 110 years of biocontrol, there have been 469 different species released in 70+ countries with only 40 cases of non-target specific attacks. Furthermore, most if not all instances of non-target specific attacks have been on native species within the target species’ genus, meaning the biocontrol agent is not shifting their preference away from the target weed.

Misconception: Biocontrol takes many years and is too expensive

The bulk of time and money involved in biocontrol comes from pre-release testing, which has been put in place to ensure that agents released will not cause significant damage to native or beneficial species. The testing process can take up to 20 years with an additional review process of 3-5 years and costs $1-2 million. However, the cost and time to a landowner utilizing biocontrol is relatively small.

Many variables impact the length of time it takes to see decreases in weed infestations once biocontrol agents are released. In an ideal situation, you might begin to see reductions in weed infestations within three years post-release; however, the longer an agent is in an area, the more the cost-benefit ratio increases. For example, the St. Johnswort beetle, which was released in the late 1940s, has shown a return of $4000 to agriculture for every $1 that was put into its development.

Biocontrol today looks significantly different from those used in the method’s infancy nearly eighty years ago, thanks to increased regulation and testing before release. Today, biocontrol is a safe and cost-efficient way to control weed infestations and is a recommended component of an integrated weed management plan.